advogato autocross automotive books drag eclipse electronics evo geek health internet laser meta other personal photography politics tehfunnay wrx
status updates
An upside of all of this Musk-destroying-Twitter controversy is that every terrible human being seems to come out o… https://twitter.com/i/web/status/1594113524736741377 Posted 18 days ago
Someone should have brought back @Steve_C_D to teach him about rainbows and unicorns Posted 18 days ago
The learning team and all the internal NHO and ongoing coursework could have really saved the new Dear Leader a lot… https://twitter.com/i/web/status/1594065530474074112 Posted 18 days ago
GeoURL ATOM RSS 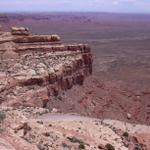 Well, after a year and a half of not having a proper vacation away from Chicago, we finally got away for a bit over a week. And if I never see another airplane or rental car again, it'll be too soon. If you don't know me personally, you probably won't care about the rest of this, but it's my blog, so I get to be a little self-indulgent from time to time.

I won't rant about the process of getting a passport for Erica; she did a good job of summarizing it herself. Ugh. Anyway.

We kicked everything off at 3:30 AM Thursday morning. Get up, get ready, do some last-minute packing, and wait for the cab to arrive. As luck would have it, the cab got there early, and we scrambled to get everything out there. We arrived at the airport, and discovered that there's not a whole lot of people taking 6:00 AM flights in the middle of the week, so going through security was quick enough: de-shoe, pull out laptop, empty pockets, wait for Erica to be hand-scanned because her belt has a little too much metal in it, and we're on our way to high-quality airport breakfast foodstuffs. Get in the air for three hours to Phoenix, AZ, meet Mike and Ai at the terminal, and hop in their rental car to head north to Page, AZ, on the southern edge of Lake Powell. Four or five hours later, we arrive, and pop into a local SCUBA shop to get directions and rent a wetsuit for Mike, and learn...

...that we have another four hours of driving ahead of us, because we're on the wrong side of the lake. When Mike and Ai reserved the houseboat we're supposed to be picking up, they didn't see that the promo material was from Lake Powell, Utah, not Lake Powell, Arizona. Which means we needed to backtrack a bit, then head northeast around the lake, then back southwest to Bullfrog marina. The downside was that we lost a ton of time (and because it was so late in the day, we missed a ferry that would have saved us at least two or three hours of driving), but the upside was that we saw some unbelievable countryside in southern Utah. Once we arrived, we unpacked on the houseboat and crashed.

The next day was what we'd come out there for: a completely un-plugged day of piloting the houseboat northward on Lake Powell and exploring some of the side canyons; given about a week, you could probably see most of the lake without much difficulty (at the speeds the houseboat was capable of; according to the spiffy little GPS unit it came equipped with, we were maxing out at just shy of 10 mph). A couple of jetskis or a faster boat in tow would have made the trip a lot more entertaining; something to consider for next time. At the end of the day, we found a secluded little cove with a proper beach and enough room for a single houseboat, tied up for the night, and spent the late afternoon and evening hiking around and swimming a bit in the rather frigid water (note for next time: go about two weeks later in the year for warmer water temperatures).

The next morning, we set off back to the marina, refueled, returned the boat, and hit the road again (this time, taking the ferry across the lake instead of driving all the way around). The road up to there is interesting; it's mostly open range, with cows popping up at random in the middle of the road, and there's a cool set of switchbacks about an hour away from the ferry that would have made for some interesting rallying if there hadn't been a bunch of other folks in the car and oncoming traffic. ;-) We pulled into Phoenix fairly late in the day; after getting everyone checked into their respective rooms, we headed out for a nice dinner at Garduno's Margarita Factory in Scottsdale (some of the best Mexican I've had, by the way), then called it a night.

Sunday morning, we grabbed breakfast from the dining room at the Chaparral Suites we were staying at, and grabbed the shuttle to the airport. Here's a tip: if you're travelling domestically out of Phoenix, you might want to consider someone other than Northwest for your flight; the line for NWA check-ins was the length of the main terminal area. Our check-in was significantly shorter, and off we flew to Calgary. We had a nice long layover there, with plenty of time to grab dinner and rest a bit, then grabbed a quick flight to Saskatoon, where the rental car was waiting for us. Two hours later, we finally made it to Unity, Saskatchewan, to spend the week with my mom.

I'd forgotten how much I appreciated the slower pace of everything in a small town. We did a little shopping, drove around a bit so Erica could grab some photos, went to my great-nephews' recital, and generally did absolutely nothing meaningful whatsoever for a week: it was everything I thought it could be. :-) Saturday night, we drove into Saskatoon again, spent the night at the Saskatoon Inn, returned the car, and started flying again; first to Winnipeg, then back to O'Hare here in Chicago. We called a cab, got home, grabbed dinner, and crashed.

Ugh. I hate flying. But it was good to see everyone again, and to take a much-needed break. Both Erica and I played tourist and snapped a bunch of pictures, if that's your thing.